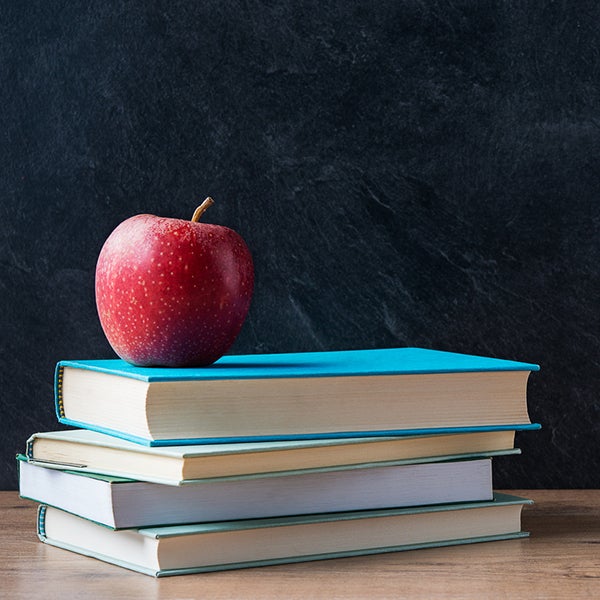 Thought-provoking books, podcasts, and films can pave the way for change by inspiring understanding, compassion, inquiry and conversation. That's why NICHQ’s staff came together to share the resources that have most impacted their understanding of inequities and what’s needed to achieve equity. Below, we share their top picks with hope that this list will support your own personal and professional equity journeys.

We know this list is not all encompassing, in fact it is just a small sample (!), and we are eager to learn from your recommendations. Reach out to us on social media by tagging @NICHQ on Facebook, Twitter and LinkedIn.

Black Man in a White Coat
Author: Damon Tweedy
Published by: Picador, 2015
In his memoir, Tweedy confronts what it means to be Black, both as patients and as a doctor, within the health care system. From looking at the impact of socioeconomic challenges on Black patients, to sharing his own reflections on the prejudice he encountered as a doctor, Tweedy paints a profound picture of race and inequity within health systems.
https://www.goodreads.com/book/show/22857246-black-man-in-a-white-coat

Between the World and Me
Author: Ta-Nehisi Coates
Published by: Spiegel & Grau, 2015
This non-fiction read non-fiction is written as a letter to the author's teenage son about the feelings, symbolism, and realities associated with being Black in the United States. Coates recapitulates American history and explains to his son the "racist violence that has been woven into American culture."
https://www.goodreads.com/book/show/25489625-between-the-world-and-me

Contagious: Why Things Catch On
Author: Jonah Berger
Published by: Simon & Schuster, 2013
This book on behavioral economics reveals the secret science behind word-of-mouth and social transmission and how social influence shapes nearly everything in our lives.
https://jonahberger.com/books/contagious/

Gender Revolution: A Journey with Katie Couric (Film)
By: Katie Couric
Produced by: National Geographic and World of Wonder, 2017
This film explores the importance of equity in child health related to gender discovery among children. Couric helps the audience "define" gender and speaks to the science and social-emotional aspects of a child's journey.
https://www.nationalgeographic.com/tv/movies-and-specials/gender-revolution-a-journey-with-katie-couric

How to Be an Antiracist
Author: Ibram X. Kendi
Published by: Penguin Random House LLC., 2019
he book discusses concepts of racism and Kendi's proposals for anti-racist individual actions and systemic changes. Kendi employs history, science, and ethics to describe different forms of racism; at the same time, he follows the events and experiences of his own life, adapting a memoir approach that personalizes his arguments.
https://www.goodreads.com/book/show/6493208-the-immortal-life-of-henrietta-lacks

The Immortal Life of Henrietta Lacks
Author: Rebecca Skloot
Published by: Crown Publishing Group, 2010
Henrietta Lacks was a Southern tobacco farmer whose ancestors were enslaved. Her cells were taken without her consent and ultimately changed the face of modern medicine and saved countless lives; yet Lacks was buried in an unmarked grave and her family never saw any of the profits from the multi-million-dollar industry her cells launched.
https://www.goodreads.com/book/show/6493208-the-immortal-life-of-henrietta-lacks

Makes Me Wanna Holler
Author: Nathan McCall
Published by: Vintage Books USA, 1995
Washington Post Reporter Nathan McCall shares his story, which illustrates the impact of implicit bias across his lifespan from his childhood to his career as a journalist.
https://www.goodreads.com/book/show/52470.Makes_Me_Wanna_Holler

Me and White Supremacy: Combat Racism, Change the World, and Become a Good Ancestor
Author: Layla Saad
Published by: Sourcebooks USA, 2020
This eye-opening book challenges readers to do the essential work of unpacking ourbiases, take action, and dismantle the privilege within ourselves to prevent inflicting damage on people of color.
https://www.meandwhitesupremacybook.com/

Medical Apartheid: The Dark History of Medical Experimentation on Black Americans from Colonial Times to the Present
Author: Harriet A. Washington
Published by: Doubleday, 2007
A comprehensive history of medical experimentation on African Americans, detailing atrocities beginning before enslavement continuing to present day.
https://www.goodreads.com/book/show/114192.Medical_Apartheid

Random Family: Love, Drugs, Trouble, and Coming of Age in the Bronx
Author: Andrian Nicole LeBlanc
Published by: Scribner, 2004
A true story that illustrates the realities of people living through poverty and the systems that perpetuate it across generations. Written without judgement and with raw honesty, Leblanc captures so much complexity that would otherwise be impossible to understand unless you've lived through it.
https://www.goodreads.com/book/show/385255.Random_Family

So You Want to Talk About Race
Author: Ijeoma Oluo
Published by: Basic Books, 2018
Oluo guides readers of all races through subjects ranging from intersectionality and affirmative action to "model minorities" in an attempt to make the seemingly impossible possible: honest conversations about race and racism, and how they infect almost every aspect of American life.
http://www.ijeomaoluo.com/

What the Eyes Don't See: A Story of Crisis, Resistance and Hope in an American City
Author: Mona Hanna-Attisha
Published by: One World, 2018
The story of the Flint Michigan water crisis told by the pediatrician who helped uncover the crisis reveals the dire consequences of system and policy failures. A reminder of the tremendous difference we can make in public health.https://www.goodreads.com/en/book/show/42040559-what-the-eyes-don-t-see

The Warmth of Other Suns: The Epic Story of America’s Great Migration
Author: Isabel Wilkerson
Published by: Random House, 2010
Covering interviews with over a thousand people, Wilkerson shares the Pulitzer Prize winning story of the millions of Black citizens who moved across the country attempting to flee the racism and inequities they were experiencing in the South.
https://www.goodreads.com/book/show/8171378-the-warmth-of-other-suns

Whatever it Takes
Author: Paul Tough
Published by: Houghton Mifflin Harcourt, 2008
In 1970, Geoffrey Canada launched the Harvard Children’s Zone, a social experiment seeking to end generational poverty in Harlem. Tough explores the project’s impact and findings, looking at the impact and intersections between race, poverty, and education.
https://www.goodreads.com/book/show/3245249-whatever-it-takes

White Fragility: Why It’s So Hard for White People to Talk About Racism
Author: Robin DiAngelo
Published by: Beacon Press, 2018
In his deep dive into what it means to be white, DiAngelo explores how the feelings brought on by whiteness—including guilt and shame—can ultimately perpetuate structures that support disparities.
https://www.goodreads.com/book/show/43708708-white-fragility

Code Switch (Podcast)
Produced by NPR, 2016-Present
What's CODE SWITCH? It's the fearless conversations about race that you've been waiting for! Hosted by journalists of color, our podcast tackles the subject of race head-on, exploring how race impacts every part of society, from politics and pop culture to history, sports and everything in between.
https://www.npr.org/podcasts/510312/codeswitch

The Fire Next Time
By: James Baldwin
Produced by: NPR, 2016-Present
This 1963 non-fiction book contains two essays: "My Dungeon Shook: Letter to my Nephew on the One Hundredth Anniversary of the Emancipation" and "Down at the Cross: Letter from a Region of My Mind".
https://www.goodreads.com/book/show/464260.The_Fire_Next_Time

Nice White Parents (Podcast)
By: Chana Joffe-Walt
Produced by: The New York Times, 2020
When Chana Joffe-Walt, a reporter, looked at inequality in education, she saw that most reforms focused on who schools were failing: Black and brown kids. But what about who the schools are serving? In this five-part series, she turns her attention to what is arguably the most powerful force in our schools: White parents.
https://www.nytimes.com/2020/07/23/podcasts/nice-white-parents-serial.html

Seeing White (Podcast)
Editor: Loretta Williams
Published by: Scene on Radio, 2017
A 14-part documentary series that dives into the concept of “whiteness,” its origins, and its consequences.
https://www.sceneonradio.org/seeing-white/

13th (Film)
Directed by: Ava DuVernay
Produced by: Forward Movement and Kandoo Films, 2020
This captivating documentary provides and in-depth look at the prison system in the United States and how it reveals the nation's history of racial inequality.
http://www.avaduvernay.com/13th

The 1619 Project (Podcast)
Directed by Nikole Hannah-Jones
Produced by The New York Times Magazine, 2019- Present
This project was developed to reframe the country’s history by placing the consequences of slavery and the contributions of black Americans at the very center of the United States' national narrative.
http://www.avaduvernay.com/13th

NICHQ Associate Director of Human Resources Ashidah Baker, shares insight about NICHQ’s HR policies and practices and how they're reflective of the organization's equity journey.

Patient and family partnerships are an essential element of health equity. By supporting patient and family voices and encouraging space for collaboration, public health professionals can help ensure shared vision and values are at the forefront of determining solutions to improve a community’s health outcomes. The National Institute for Children’s Health Quality (NICHQ) and the Florida Department of Health Office of Children’s Medical and Specialty Services have recently developed a Roadmap to Inviting, Engaging, and Including Patient/Family Partners in Quality Improvement and Other Related Initiatives.

NICHQ’s Next Steps: Update on the Equity Systems Continuum Initiative

The National Institute for Children’s Health Quality, with funding by the W.K. Kellogg Foundation, is building upon an evidence-informed conceptual framework known as the Equity Systems Continuum to describe and define the systems that individuals and organizations currently operate within: Supremist-Designed System, Savior-Designed Systems, Ally-Designed Systems, and Equity-Empowered Systems. The Global Infant Safe Sleep Center (GISS) developed the original framework and serves as an ongoing partner in the project.

During Spring 2021 DARE conducted a series of community listening sessions for the National Action Partnership to Promote Safe Sleep Improvement and Innovation Network (NAPPSS-IIN). Listening session participants were asked about the resources and tools that help them promote safe sleep and breastfeeding/chestfeeding, and additional support needed to meet community safe sleep and breastfeeding/chestfeeding needs. While the analytic results are forthcoming, DARE is excited to share key lessons learned during NAPPSS-IIN community listening sessions.

A Physician’s Reflections on Racism and Treating Sickle Cell Disease

For NICHQ’s current and future work, I am motivated by wanting to be a better version of myself in service of others. Wondering whether my own implicit biases impacted my care of patients and families, I realize that I cannot redo past ER experiences. If I could go back, I would slow down to acknowledge and try to set my biases aside and approach patients from a personally more informed perspective. But now, I can use my past, present, and future experiences to ensure NICHQ is amplifying important lessons from this multi-year effort reflecting the compassion, care, and commitment of hundreds of dedicated professionals in pursuit of equitable, accessible, and quality healthcare for people living with sickle cell disease.