From 2013-2017, the Health Resources and Services Administration Maternal and Child Health Bureau (HRSA MCHB) funded NICHQ to lead a nationwide effort to reduce infant mortality and improve birth outcomes called the Collaborative Improvement and Innovation Network to Reduce Infant Mortality (Infant Mortality CoIIN). The three core aims: (1) produce measurable improvements in IMR through collaborative learning and quality improvement (QI) methods; (2) increase synergy among state health officials, maternal and child health directors and state and national public and private partners around evidence-based improvement strategies; and (3) create a unified message and a collection of best practices that can be adopted by states and jurisdictions.

NICHQ addressed the challenge of infant mortality by leveraging a unique methodology that combined quality improvement (QI), innovation and collaborative learning. To effectively unite the 51-participating state and jurisdiction teams around a common goal, we used a collective impact framework where NICHQ served as the backbone organization alongside HRSA MCHB, providing resources and facilitating coordination. Three core methods—the Breakthrough Series, the Model for Improvement and Collaborative Innovation Networks—helped teams test change and collaborate around shared interests.

Following an iterative process, six strategy areas were identified: safe sleep; smoking cessation; prevention of preterm and early term births; preconception and interconception care; risk-appropriate perinatal care; and social determinants of health. NICHQ recommended that each state focus on at least one but no more than three of the six areas. Along with providing technical QI assistance, NICHQ led communication efforts by developing an online community and shared data infrastructure. 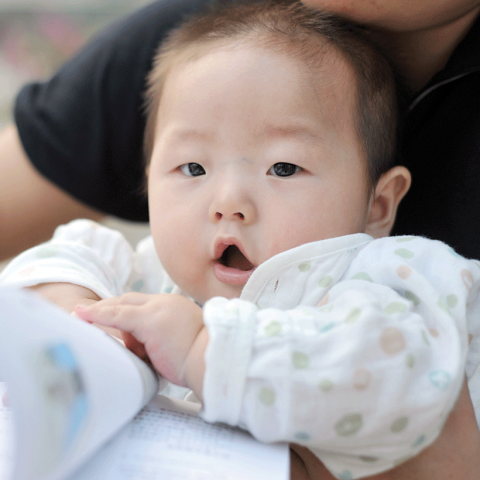 Without the 5 percent decline in IMR, 87 kindergarten classrooms would have been empty in 2015. The initiative’s success presents a much-needed model for tackling national population based health efforts. The project was also successful in opening up lines of communication between state health departments and state Medicaid offices to better support data sharing and influence new reimbursement policies for maternal and infant health.

Also now with the scaffolding in place—including shared goals and an understanding of how to use QI methods to make successful systems change, as well an accessible data infrastructure that impacts programming in real-time—state health departments and communities around the country can better address the complex systemic challenges related to infant mortality. Through enhanced cross-sector collaboration, they can work towards eliminating the racial and ethnic birth outcome disparities that still persist to ensure that all infants born in the United States reach their first birthday.

Looking for a change agent to enhance your initiative?

This interactive course explores how to produce positive population health outcomes through effective collaboration. With directions on breaking down silos, aligning activities, and working productively together, this course provides a foundation for partnering with others to make a difference in your community.

This interactive course teaches the fundamentals of quality improvement (QI) and how to use this methodology to create effective, beneficial change. Lessons and exercises go over important elements such as the Model for Improvement, Plan-Do-Study-Act cycles, implementation and spread.

This interactive course provides further insight into the quality improvement best practices needed to create effective change. The course reviews the concepts covered in Quality Improvement 101, and then gives direction on how to test improvement ideas and increase their impact and effectiveness. Lessons and exercises provide examples of best practices and offer direction on moving from one PDSA cycle to another.

This interactive toolkit allows users to learn from participants in the Collaborative Improvement and Innovation Network to Reduce Infant Mortality (Infant Mortality CoIIN). Organized by topics from the initiative, this toolkit features change ideas, case studies, videos and key insights from teams who are working to reduce infant mortality throughout the country.

From cognitive and social emotional development to education and accomplishments, children with involved fathers achieve better health outcomes. Yet despite fathers’ positive impact on maternal and child health, many of the systems intended to serve women and children were not designed with fathers in mind. That’s why we’re sharing strategies to increasing father involvement in early childhood programs.

Communities in Ohio Address Rising Inequalities in Response to COVID-19

A serious compounding problem of COVID-19 is how it is intensifying inequalities across the country, including in Ohio where significant disparities in maternal and child health persist. Learn how Mahoning County is proactively identifying how the pandemic will affect at-risk populations and then developing a comprehensive plan that bring together partners from across the health system.

In New York State (NYS), Black women are more than three times as likely to die from pregnancy or giving birth as white women. This disparity has persisted alongside the U.S.’s rising maternal mortality rate, which has doubled in the past 15 years. Recognizing the urgent need for change both within their state and across the nation, NYS launched an initiative to engage women of color in identifying sustainable solutions for improvement.

Using an Equity Lens to Reduce Maternal Mortality in Louisiana

Louisiana has one of the highest maternal mortality rates in the country. And troublingly, Black women are dying from pregnancy-related deaths at over four times the rate of white women. According to a recent report, more than half of these deaths could have been prevented by making a system change, either at the patient, community, or hospital level. These findings illustrate the enormous potential that quality improvement initiatives have for reducing maternal mortality in Louisiana and eliminating the Black-white disparity in maternal deaths. Here, the Louisiana Perinatal Quality Collaborative shares seven opportunities for improvement.

Improving health care systems to address persistent health disparities requires partnering with the people those disparities most affect. Only they can accurately describe their experiences and share what barriers they’ve encountered. This is why it's vital to build diversity into patient family advisory councils.

The Ohio Perinatal Quality Collaborative is testing innovative strategies for improving outcomes for the thousands of families affected by the opioid crisis. Here, they share their approach, including standardizing identification and treatment for opioid exposed infants in NICUs, encouraging compassionate responses from providers, and ensuring comprehensive, coordinated maternity care.